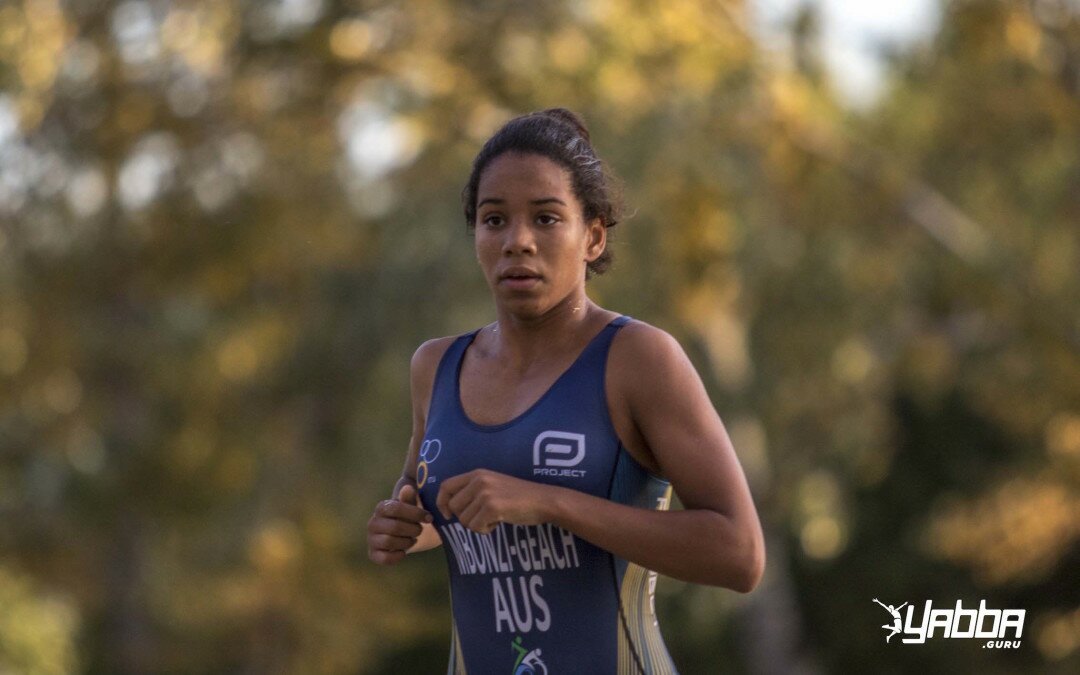 As we sit at the dining room table – which is part of the lounge room and computer room – Mario the house cat lies by my feet. It’s hot outside and he’s won the afternoon battle against his fellow family feline, Paris, who sprawls across the Braddon apartment balcony.

Mikaela Mbonzi-Geach’s hair sits up in a loose bun, quite the opposite to the triathlon braids woven tight behind each ear on race day. She says people at school can spot her in a crowd just by that bun she sports most days, which explodes upward with frizzy character, courtesy of her first generation African-Australian heritage. It’s lively, which matches her personality perfectly.

Mikaela’s mother, step dad, and two little brothers moved into the city just six weeks earlier while their house in Deakin is being rebuilt. It’s a transitional period for everyone, including the cats, as they settle into new surroundings. 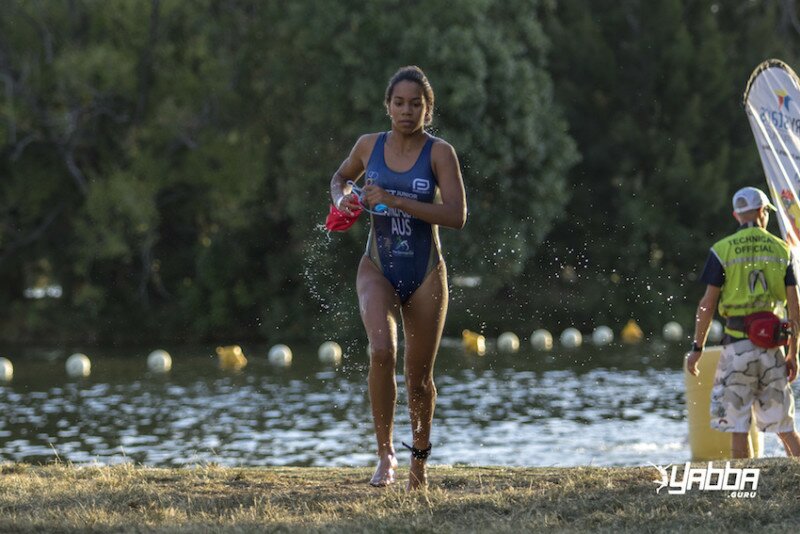 Goggles and cap off, Mikaela tells herself as she runs out of the water towards a crowd of parked bikes. She has to shed a wetsuit too, if she’s wearing one. Belongings in the box, she thinks next. Avoid all penalties. If a race number isn’t already temporarily tattooed on her skin, she picks the paper number up off the ground and sticks it on her back. Helmet on next. She jogs her bike quickly to the mount station, then with a swing of her right leg, saddles up on her EMC road bike.

From a distance, triathlon looks like three sports compiled into one, but Mbonzi-Geach’s coach, Corey Bacon, tells me about the hidden fourth leg – the transition. It’s a cruel aspect of the sport, which receives little to no recognition from newcomers like myself. It only lasts around 30-seconds, but the transition between legs can be a killer as your body – already pushed hard – has to adapt immediately to the next sport ahead.

“Your heart rate is going through the roof, then you’ve got to pretty much go from horizontal to vertical,” says Bacon about switching from swim to cycle. Blood rushes down and dizziness sets in as your legs remember the feeling of circulation. “It usually takes a kilometre or so to get your bike legs,” he adds.

While shifting activities, the athlete also needs to pay close attention to the rules and regulations involved in the transition process to avoid penalties or disqualification.

When Mikaela competed in a Weet-bix TRYathlon at age eight, she remembers feeling a little competitive. It was a fun day surrounded by kids her age, but it was also a chance to experience a big part of her mother’s life. The family-oriented community of triathlon is the backbone of a sport which relies heavily on support when your body is running on empty. A mother who has past participated knows the affect her sideline encouragement can have.

Since horse riding, ballet lessons, indoor soccer, and representing ACT for basketball and swimming as a kid, Mikaela embraced triathlon two years ago, pursuing a path to the top. For her Youth Racing age group of 13 to 15 year olds, Mbonzi-Geach is ranked seventh in Australia.

“What we look for in a good triathlete is a swimmer and runner,” says coach Bacon, who first spotted Mbonzi-Geach at his own daughters’ swimming practice. “If you’ve got a swimmer and a runner then that’s a good combination. That’s what I look for and that’s what I found in Mikaela. You can teach anyone to ride a bike.”

Bacon has coached ACT juniors for eight years, now adding Australian paralympians to his squad who he’ll accompany to Rio. There are only four State Performance Centres in Australia – three in Queensland and one in ACT with Corey Bacon. Mikaela joined his Performance Triathlon Coaching (PTC) group in 2015.

“We have the paralympians and so many high-level athletes in the squad, who really inspire me and push me to work hard,” says Mbonzi-Geach. “It’s just great to be around them and know you’re in a squad with some of the best.” 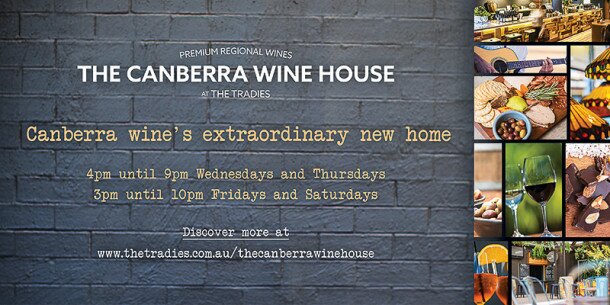 Transitions are a big part of Mikaela’s life right now as she develops from past swimmer to top-tier triathlete. In the run she’s working on keeping her breathing consistent over the first kilometre, loving the new addition of racing a bike, and  relying heavilyon her strong freestyle stroke to get out to a good start.

Away from Lake Burley Griffin, Mikaela is a bubbly 15-year-old, who could talk about triathlon for hours. She has just started competing in International Triathlon Union events, which are ‘draft legal’ meaning athletes can ride in tight packs and embrace the slip stream.

What does it feel like riding with that many people for the first few times? “You go really fast,” she says with childhood excitement and widening eyes.

Find my spot. Rack my bike. Helmet in box, she thinks to herself. Right shoe, left shoe. Switch number to my front.

The professionalism of her sport is also picking up. A few weeks ago she appeared in the newspaper and on TV, handing out medals to the next generation of Weet-bix TRYathletes. Her mum sends Mikaela lists of hashtags that might help promote her Instagram posts.

“It’s really embarrassing,” says Mikaela exchanging a look with her mum, and it’s clear the transition from daughter to woman is as present as any other.

Before races, Mikaela gets so nervous she feels sick to her stomach. Her mum makes oats and she forces it down with a banana and some water. They arrive at the course three hours before the race.

In late April, Mbonzi-Geach is headed to the Australian Schools Championships, providing another chance to travel and test her continually improving abilities against some of the best in the country.

Mikaela places her bike on the rack pre-race, slips her shoes on it the pedals with the right shoe higher for a faster transition. She attaches elastics to the bike to help keep her shoes in place.

“I take my time in transition because it helps me calm my nerves down when I’m resting and getting ready,” she says. “That’s when you really get into your zone.” 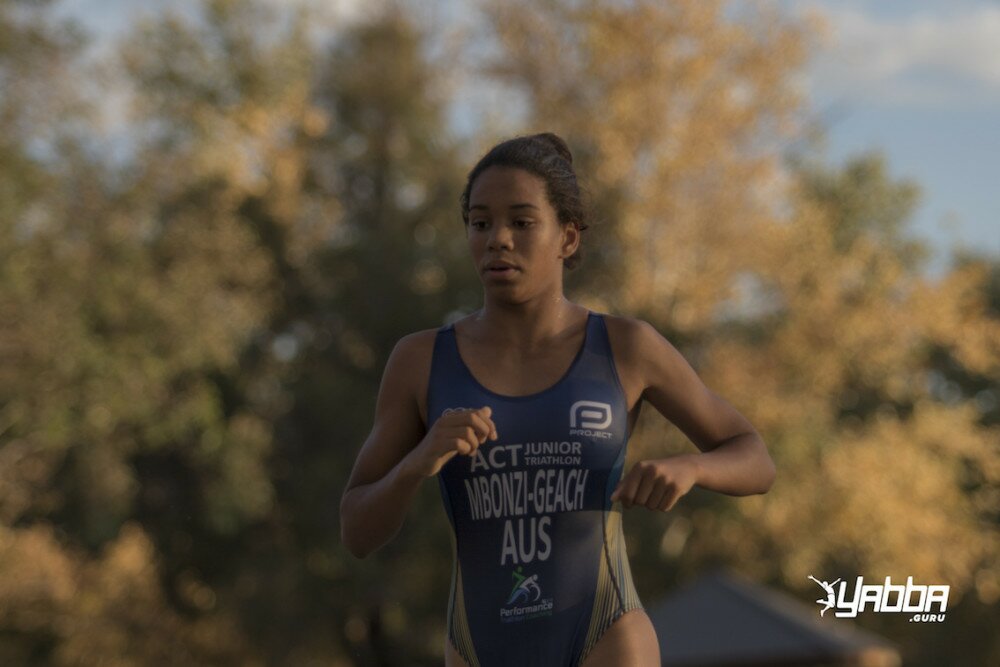 From the Braddon apartment, it now takes two buses and 45-minutes to reach Saint Mary Mackillop College in Canberra’s far south. Two days a week she lives in Gungahlin with her dad. She’s so well spoken and outgoing it’s sometimes hard to believe she’s just 15. But when describing her bike – passed on from her mum – she gives her age away.

It’s red, white, and silver with sparkles. “It’s actually quite pretty,” she says with a big smile showing off her braces.

Mikaela’s becoming used to transitions. She’ll have to if she wants to reach her lofty goals. Next year, she will be thrust into the older, more serious Junior Elite Racing age group of 15 to 19 year olds where her swim leg jumps from 400 to 750 metres, her bike ride balloons from 10 kilometres to 20, and her run expands from three to five clicks. In an endurance sport there are no real shortcuts, no strong teammates to hide behind, no one skill that can mask other deficiencies. Triathlon doesn’t lie – it’s all about spending hours practicing and perfecting your body to endure ever increasing challenges.

“Resilience is one of the key areas I focus on with the athletes,” says Bacon, “because they’re not going to always go out there and do a perfect performance.”

Triathlon might seem like a continual test of character as the human body is pushed to it’s limits on land, road, water, but Corey Bacon’s message is simple.

“It’s just a matter of people thinking they are actually capable of doing it,” he says. “Whilst she wants to do it,” he adds about the girl he found at swimming lessons, “I’m there to guide her.”

As these transitions unfold around Mikaela, there’s no doubt she has the personality to carry her through. During warmups at training Bacon says she’s still just a normal teenage girl, chatting with her teammates like they’ve been separated for months not hours.

Lachlan Ross has just returned to Canberra after six years in Victoria, Canada. In his time there, he studied writing and journalism at the University of Victoria, played three years of basketball for Camosun College, and worked a sports writing internship with Independent Sports News. He has covered a wide range of sports from swimming to horseshoe throwing, curling to cross-country. As far as he is concerned, nothing beats getting paid to watch sport.