A Canberran’s Perspective on the Rugby World Cup

“Australia are a shot, aren’t they?” is the question on everybody’s lips coming into the Rugby World Cup, which kicked off on the night of the 18th (AU time) with a match between hosts England facing Fiji which England won 36-11.

We may have lready had the upset of the Tournament with Japan defeating South Africa 34-32.

Australia kicks off with a match against Fiji on Wednesday the 23rd at 4:45 England time. Fiji will be desperate to recover from their initial loss to England. A second loss to Australia may well put them out of the running.

Australia is currently the world’s 2nd ranked team, but in a pool with the 4th (England), 5th (Ireland) and 9th (Wales) ranked teams, it is genuinely no exaggeration to say Australia has been drawn in the Pool of Death.  The other team in Australia’s pool, Uruguay, are ranked 19th and appear to be the token whipping boys of the Pool. They have already been defeated by Wales 54-9.

Australia are in form with a Rugby Championship win earlier this year, complete with a win over the All Blacks. A warm-up win against the USA at Soldier Field in Chicago (42-10) shows they have maintained their good form.

Other teams to watch

The other teams to watch are Ireland, France, and New Zealand.

Ireland are reigning Six Nations champions, with a very strong, under-rated team. An interrupted build-up with a few losses arguably isn’t what they wanted, but the fact they have been ranked as high as second this year shows that they are one of the teams to watch. European dark horse.

France is the team that everyone wants to watch, as their last two World Cup results have showed. They have already defeated Italy 32-10.

They made the semi-finals in 2007 and the final in 2011, showing they show up for World Cups. France’s issue is consistency and defence, as shown in this years’ 6 Nations, where they scored 103 points and conceded 101, both scoring and conceding 9 tries. When on song, France are electric and the best team in the world to watch bar none. But they are extremely inconsistent, which means they probably won’t win but they could go far.

New Zealand are ranked number 1 in the world for good reason. They are ranked 6 points above Australia, in second, on the IRB rankings. For context, 6 points separates 2nd and 8th in the IRB Rankings, showing how utterly dominant the All Blacks are. They are overwhelming favourites, and surely must win this World Cup, or leave an entire Rugby mad nation disappointed.

New Zealand are off to a good start defeating Argentina 26-6.

How can Australia win?

Top the pool, first and foremost. Easier said than done, with England and Wales likely to pose a major challenge, and Fiji always unpredictable. A win against Fiji this Wednesday is no foregone conclusion. Containing their powerhouse winger Nemani Nadolo will very much on the minds of the Wallaby backs.

If Australia do finish first in their Pool, they will play the runner up in Pool B, which is currently assumed to be Scotland. Assuming Australia wins this game, they are likely to play New Zealand in a semi-final. Which is, for obvious reasons, not preferred.

This potentially brings a card into the equation where Australia ‘rests’ a number of players in one of their matches and finishes second in their Pool. This would mean they most likely face either Argentina or Ireland in a semi-final. New Zealand are likely to play France in the Quarters, where everyone will hope for a repeat of France’s 2007 performance, where they knocked out New Zealand, again in the Quarters. 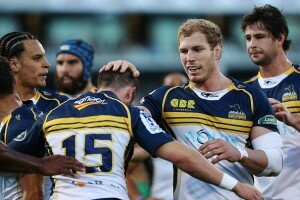 Even allowing for Yabba’s Canberra bias, this is a gross under-representation of the talent in the Brumbies team. The key player to be left out is Christian Lealiifano, who was previously a favourite with Wallabies coach Michael Cheika (but it appears no more), and was always reliable for the Brumbies. If nothing else, by leaving out Lealiifano the Wallabies leave themselves short of a reliable, proven goalkicker, with only Bernard Foley and Quade Cooper being recognised kickers. 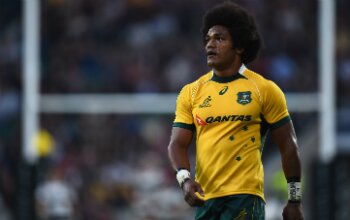 Other notable Brumbies left out include Ben Alexander, Jesse Mogg, Sam Carter (possibly injured), Robbie Coleman (possibly too small), Josh Mann-Rea (too old?) and Nic White, all of whom had strong seasons. Alexander has been a Wallabies mainstay since playing for the Brumbies and White had an exceptional Rugby Championship.

The main concern with Cheika’s squad is his overreliance on Waratahs players. 13 Waratahs means they make up just under half of the squad. The Waratahs, while a good team, do not contain half of Australia’s best players. Additionally, Cheika appears to have an overreliance on X-Factor players, having picked Will Skelton, Wycliff Palu, Quade Cooper, Rob Horne, and Kurtley Beale. Rob Horne in particular seems overrated.

Now having X-Factor players in the squad is not in itself a problem. But starting five of them in a World Cup, or at an international level, is a high risk strategy. It means that a third of the team is capable of moments of brilliance but also prone to flights of fancy or an inability to play to a plan. These players are all potential game changers, and excellent on their day, but certainly not all can be relied on to play consistently week in week out.